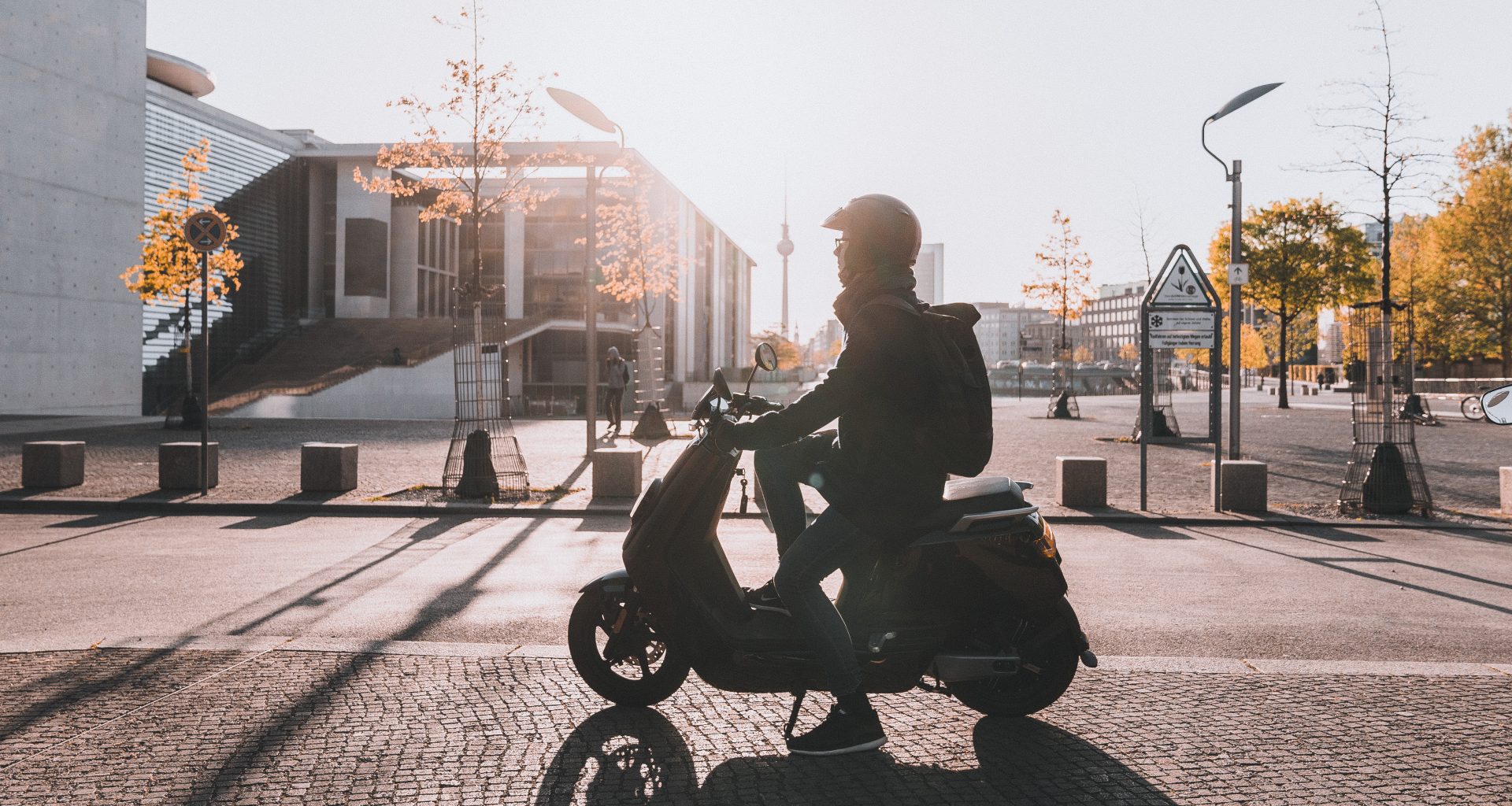 Keep in mind – these emission standards only apply to vehicles with internal combustion engines, or ICE vehicles. As a result, as these standards get stricter, less and less harmful greenhouse gasses are released into the environment.

These standards are in place to reach a goal of eliminating ICE vehicles in Europe by 2050.  This goal is aptly called “Road to Zero,” hoping to first make it so by 2035 all new cars emit zero CO2 emissions, and then to get the number of emissions down to zero after 15 more years at the latest. Euro emission standards in particular are concerned about reducing harmful pollutants. These include the previously mentioned carbon dioxide (CO2), carbon monoxide (CO), and nitrogen oxides (NOx).

Since 1992, Category M and N vehicles have had to abide to various emission standards. They began with Euro 1, and now in 2020, we are in the era of Euro 6. With a new standard, not only have the emission allowances reduced, but the tests have modernized, too.

Today, if manufacturers wish to sell a car in Europe, they must comply with “Euro 6.” The EC implemented this in 2015, and the Euro 6 emission will be in place until at least 2021. When you by a new vehicle, if it doesn’t abide by the latest standard, then you cannot register it. In other words, today, if you buy a vehicle, and it didn’t comply with Euro 6, you cannot drive it in Europe. As a result, the European Commission has created tests in order to ensure compliance with the emission standards.

The latest emission standard also updated the test that the vehicles must undergo. The old test was called the New European Driving Cycle (NEDC). The NEDC was completed in a lab, producing relatively inaccurate data. Plus, because it wasn’t completed in a real-life scenario, the data was also unrealistic.

As a result, the European Commission created a new test, called the World Harmonized Light Vehicle Testing Protocol (WLTP). This test assesses how much fuel a car will use and what the volume of the pollutants emitted while driving is. This test is very precise, giving results at a higher degree of accuracy than test previously in place. In addition, this test is not completed in a lab – data is collected from real drivers on the road. Because the test is so new, though, it didn’t go into effect until after Euro 6 was introduced. It officially became the new testing method only in 2018, meaning that your car only had to pass the older NEDC test beforehand.

Because this guideline is so rigid, the new numbers are more accurate. Companies drastically changed their models in order to stay in the market. For example, when Euro 6 standards were released, Porsche announced that it would no longer sell diesel-powered ICE cars. Instead, they would focus on more environmentally friendly options: hybrid and electric car technology. Driving a registered car that no longer meets the new emission standard may cause some problems. You may have to pay a toll. For example, in London, you have to pay a daily fee of £12.50.

What about Electric Cars?

Just because you don’t drive a gasoline powered vehicle does not mean you’re exempt from the testing process! Electric vehicles are actually subject to the exact same WLTP test that diesel and petrol cars undergo. The electric vehicle test is actually longer than the diesel and petrol test, and also measures how much electricity the car uses in addition to any harmful pollutants.

Category L vehicles encompass just about anything that is NOT a passenger car or commercial vehicle. Namely, motorbikes, motorcycles, and mopeds. These vehicles must comply by a different set of emission standards. This is the biggest difference between Category N and M vehicles and Category L vehicles.

Category L emission standards began being released in 1997, and were officially instituted in 1999. The EC implemented the latest Euro 5 standards on the first day of January 2020. The new Euro 5 standards for Category L vehicles bring the emission limits to the same level as Euro 6 cars.

With the introduction of Euro 4 for Category L vehicles, this standard cut emission limits in half. When the EC introduced Euro 5, they cut the standards in half again. Another test measures these emissions. This is similar to the car test. This test is called Worldwide Harmonized Motorcycle Emissions Certification/Test Procedure (WMTC). The motorbike is accelerated and then quickly braked in order to simulate real driving situations and operation. Then, it measures the pollutants emitted and fuel consumed to see if it complies with the limit.

Sometimes an upgrade in emission standards can cause a lot of trouble for a motorbike company. For example, when Euro 4 emission standards were released, the motorcycle company MV Agusta modified their designs drastically. They reduced emissions by 48% and engine noise by 50%. With the drastic change, MV Agusta almost went under, but luckily was able to pull through with the new design makeover.

What if you don’t live in Europe? Well, these standards are the closest thing that we have to a global emissions standard!

Markets all around the world have already begun aligning themselves with these standards. When the European Commission releases new standards, we can expect them to do the same, whether it’s to Euro 5 for Cateogry L or Euro 6 for Category N and M. It’s the strictest standard in the world, so it’s easiest just to comply with one standard. Additionally, manufacturing different models to meet different standards would be impractical for a company. So, a company will usually choose to update them all at the same time in every market to meet the toughest emission standard.

What about Electric Scooters? 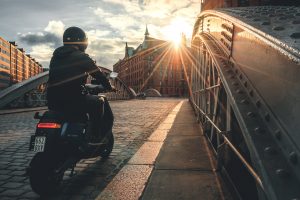 For example, NIU electric scooters use an extremely lightweight lithium-ion battery to power their engines. The MQi Series scooters even use a very small motor that requires very low energy consumption. This still giving you the power you need to zip through the roads without worrying about violating an emission standard.

Especially during the era of COVID-19 and increasingly strict emission standards, driving an electric scooter is becoming a more and more attractive option. 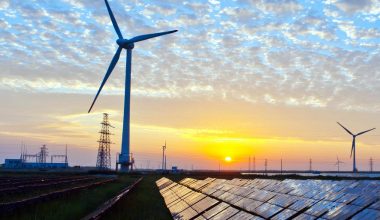 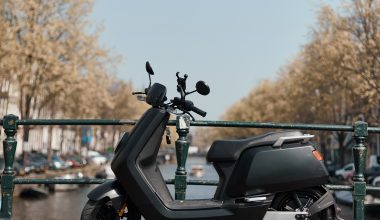 Read More
Thanks to recent innovations, we are moving away from gas-powered vehicles to electric ones. The most common battery…
TTips & Tricks 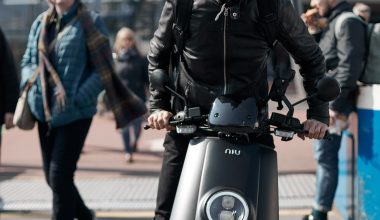 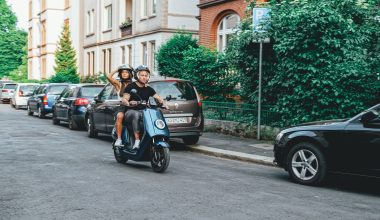 Read More
What would commute look like after lockdown? The novel coronavirus shifted society into an era of social distancing.…
TTips & Tricks 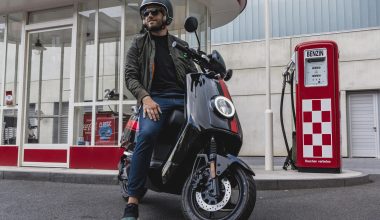 Read More
Electric scooters are more environmentally friendly than traditional scooters. But how? 1. Emissions: Gasoline vs. Electricity As the…
TTips & Tricks 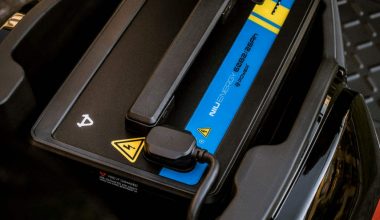 Read More
Did you know that all NIU scooters display a Battery Health Score? Let’s see in details what this…