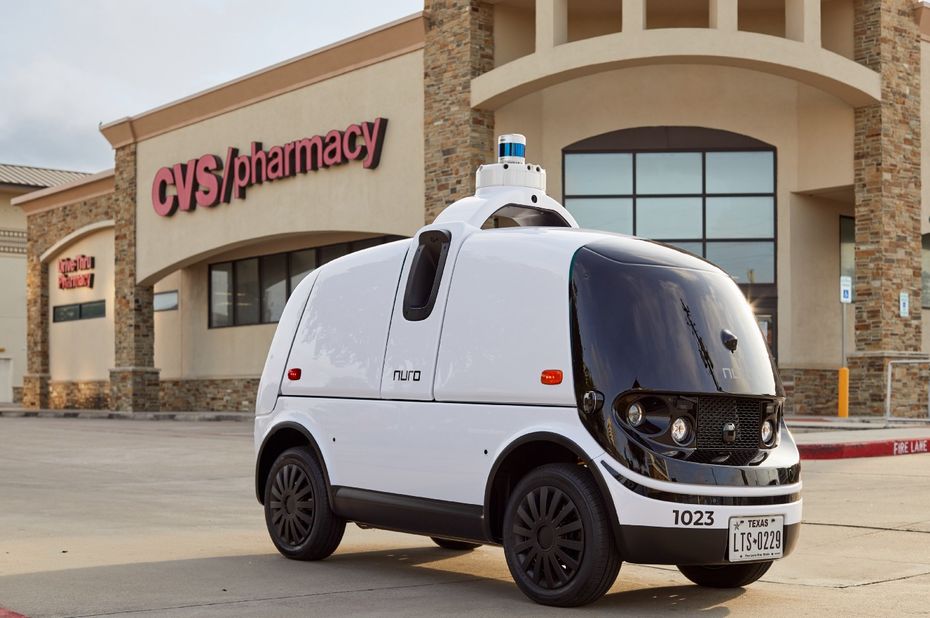 Do you know Nuro? This autonomous car started delivering groceries in Arizona in 2018. Earlier this year, Federal regulators announced that self-driving cars were exempted from following the rules in the Federal Motor Vehicle Safety Standards. These standards give every details about how cars should be designed. The autonomous car is  recognized as a vehicle since february, and goes at a speed of 40 kilometers per hour.

Last thursday, Nuro signed a partnership with the US drugstore chain CVS. The start-up will start a pilot project for autonomous delivery with CVS in June in Houston (Texas). The first deliveries will be done with a Toyota Prius equipped with the autonomous driving platform before the R2, Nuro’s autonomous robot, joins the fleet.

The Bengaluru electric bikes company Yulu asked its users about their future commutes. Among the 1500 respondents, 70% answered they will plan their commute according to safety from the virus. Solo ridership and shared mobility options were noted to be preferred against group mobility and public transport.

The majority also declared that, for them, the usage of Yulu’s scooters won’t be affected by the pandemic. However, for 20% of the respondents, sharing is not safe enough and they prefer to rent a vehicle for a long-term.

Let’s continue this week’s Friday Five with a funny news! Japonese researchers and students from Tokyo University have created an inflatable scooter you can carry in a bag. Of course the scooter, called Poimo, comes with a disadvantage: you have to inflate it (with a special pump) and add the wheels each time you want to use it.

Poimo only weights 5,5 kilograms and was presented at the HRI 2020 Conference. However, the innovative scooter is not marketed for the moment. But we will keep you update 😉

Last Friday, the car rental company Hertz filed for bankruptcy with $19 billion in debt. Due to coronavirus, 700 000 Hertz vehicles have been idled. The pandemic did not help the company that was already losing money the past four years.

A sad annoucement, knowing Hertz was working on the future of mobility, improving commuters’ experience with personalization.

Ctrl Z for the Carbon

The first project is from ClimeWorks, a swedish company. It is the most developed techology but also the most expensive. The company’s machines capture CO2 from the air and injects it deep underground. ClimeWorks forecasts to bury 50 tons of CO2 in 2020.

The second one CarbonCure, from Canada, a company that imprison C02 from industrial emitters. Another one is Charm industrial, and is also burying carbon underground but using a bio-oil solution. Lastly, Project Air is testing minerals’ capacities to pull CO2 from the air.

At NIU, we are not fan of the “burry”solution. What’s your opinion NIU Crew?

5 reasons why you should buy an electric scooter

FFriday Five
Hooray for the Bay Once conceived as a luxury item, E-Bikes are becoming a widely accepted form of transport…
FFriday Five

Read More
Mon Ami Citroën has just presented an electric two-seater called the Ami: based on the Ami One Concept…
FFriday Five