Welcome one-an-all to this week’s Friday Five! This week, we get to grips with autonomous and electric vehicles. Add a little bit of sustainable energy in there with some urban exploration for your complete weekly run-down. Let’s get started!

1. Could Porsche Be Shifting Industry?
When you think of Porsche you probably think of clean, sleek luxury designer cars. So, if we were to say Porsche are releasing an electric powered tractor, would you believe it? The Mission E is an autonomous tractor powered by a ‘FastFarm’ App on your smartphone for a more efficient harvest.

2. Is it a Ghost Ship or Tesla Of The Sea?
Talking autonomous vehicles, Port-Liner are connecting Belgian and Dutch cities through a fleet of autonomous ships powered by 6 meters (20 ft) batteries. Essentially, the ship will not need a crew to operate. Clearly the Dutch are leading the e revolution by example!

3. A Solar Panel Revolution in New York
There have been a number of hurdles that have kept solar installation from flourishing in New York City. That’s why nonprofit group Fifth Avenue Committee are bringing in a model for bringing solar power to New York’s privately-owned low-and-moderate-income housing stock. What do you think about a rooftop bar with a solar panel roof?

4. Are Electric Vehicles Safer?
Last week, we sent you all an article outlining how EVs are argued to innovate better safety systems for driving. Need more convincing? We have attached the second installment of the article this week. There’s no question that electric is the future for multiple reasons!

5. Unlock Your City – London
At NIU we see cities as places full of activity, excitement and opportunity. The capital of the UK has so much going on, it’s hard to keep track of it all. Because of that, we wanted to show off this week’s unlock your city video and dedicate it to the bustling city – London

Read More
Welcome to Friday Five! This week we’re going to be giving you some updates on what’s happening in…
FFriday Five
Hooray for the Bay Once conceived as a luxury item, E-Bikes are becoming a widely accepted form of transport…
FFriday Five

Read More
The future is now Ever wondered about the economics of cycling? Find out with this entry from Bikebiz,…
FFriday Five 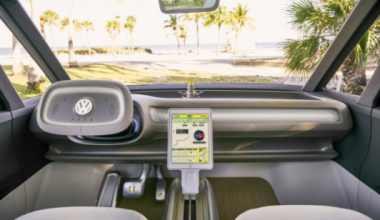 Read More
Hey everyone and welcome to Friday Five! We’re comparing electric motors and gas engines this week (guess which…