The Minivan of the Future and Windlab’s Renewable Energy Farm

EU tech company Wunder Mobility has completed $60m USD in Series B funding, and has announced its expansion into the North America market after opening its official US headquarters in Los Angeles.

Tesla battery research partner Jeff Dahn and his team have released information about the new Li-ion cell. It features a next-generation “single crystal” NMC cathode, and a new type of electrolyte. The cells, extensively tested, could enable a battery pack that lasts over a million miles in an EV.

Something that you would expect to see a super-hero mounting, this Dyson concept rendering of a 2-wheel motorcycle looks jaw-dropping.

Startup Canoo has unveiled its first electric vehicle, but you won’t be able to buy it; the futuristic minivan will only be available on a subscription model.

Check out this Drone Footage of Windlab’s hybrid renewable energy farm, Hughenden, North Queensland. Built by the Australian energy company, it’s a mixture of wind and solar with battery storage to feed the collected energy back into the grid. The system generates enough power for 30,000 homes.

Read More
Hey everyone, it’s Friday Five! We’ve got a good one for you this week because we’re updating you…
FFriday Five 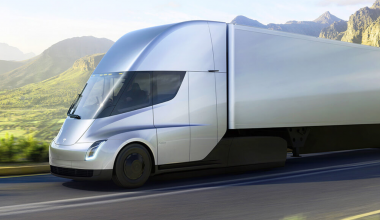