The Friday Five highlights the most exciting developments in the world of urban mobility. We’ll be taking a closer look at cities, companies, sharing platforms, and more. Enjoy!

Taking a taxi is part of everyday urban life for most. In Japan, taxis have begun using in-vehicle facial recognition to target you specifically with ads.

Google has announced that it should be able to save your precious time with its new Google Maps update: allowing real-time information about EV charging stations  from Chargemaster, EVgo, and SemaConnect.

Wiebe Wakker has arrived in Sydney, after driving there in an electric car from Amsterdam over the course of almost three years. He travelled 95,000 km across 33 countries and relied on offers from volunteers for charging points. He wanted to demonstrate the capacity and reliability of electric cars.

Microsoft have announced that they will nearly double their internal carbon fee to $15 per metric ton on all carbon emissions. This internal “tax” was established in 2012 to hold their business divisions financially responsible for reducing their carbon emissions.

Read More
Welcome back to the Friday Five! As always, we appreciate you taking the time to check in on…
FFriday Five 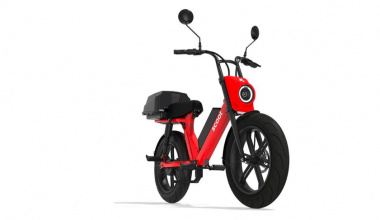 Read More
Scoot Moped Back in June, electric kick-scooter startup Bird announced it would be rolling out a new moped-style…
FFriday Five
Old but Gold A flashback Friday article here with IKEA offering home-delivery with solar powered rickshaws in India.…