A Global Change Overview and the Cheapest Electric Car

As you probably already know, cities are not changing alone. People themselves are adapting new habits. Among them, riding an electric bike is a growing trend with 300% growth in a year only. How does it work? Just pedal, it will trigger a motorized boost to ride easier.

Four days ago, Google Maps introduced new features to help people organizing their commutes according to Covid-19. The testing checkpoints have been added to the application, as well as notifications informing about the crowdedness of public transportation.

Google will even alert in case you need to wear a mask inside public transportation, or if your commute includes a Covid-19 checkpoint. A partnership with governments permits Google to diffuse information about testing centers, such as guidelines and appointments.

For the moment the new features are only available in US, France, UK, Belgium, Spain, Netherlands, Argentina, Australia, Brazil, Colombia, India, Mexico and Thailand.

Coal has been Britain’s main energy for decades. But it’s now changing. The country did not burn coal for 2 months due to the coronavirus, and is now transforming its way of producing energy. Over the years, more and more coal-fired power stations have been demolished, and Britain has massively invested in renewable energy.

From 3% a decade ago, the UK has now the biggest offshore wind industry in the world. and the largest wind farm. Fossil fuel use continues to decline, and the remaining three coal plants should shut down within five years.

Bosch has recently presented a new emergency technology for motorcycle riders. The application called Help Connect detects a fall or an accident and automatically sends a notification to the driver’s phone. If the rider does not answer, an emergency call for rescue is passed. This tool permits to ask for help when the rider is unable to do so. They can also add useful medical information inside the app.

The App automatically sends information about the driver as well as his geolocation to the Bosch emergency service. The service then calls the emergency department to rescue the rider.

Help Connect will initially be available in Germany later this year.

Have you heard about Alibaba, the Chinese Amazon? On their website, you can access to a range of cheap electric vehicles. The bloggers and car testers Jalopnik decided to try one of Alibaba’s car. For $900 only, they ordered an electric car from a factory called Changli Nemeca. A few weeks after  they received the EV, which doesn’t go unnoticed…

Surprisingly, after an entire review of the car’s features and components, the bloggers noticed a higher quality than expected.

At NIU, we would love to try one of these toys 😉 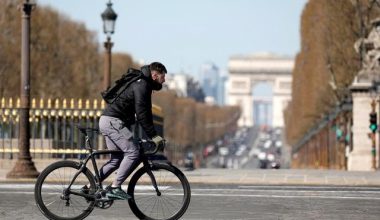 Read More
Welcome back to Friday Five! This week in your EV encyclopedia, we bring you the latest news in…
FFriday Five

Read More
Flying Taxis Yes, you read that correctly! And it’s not something from Harry Potter. German Start-up Lilium has…
FFriday Five

Read More
Wunderful EU tech company Wunder Mobility has completed $60m USD in Series B funding, and has announced its…